There has been a lot written about the protracted conflict between copper and fiber for dominance in the access layer of data center (DC) cabling. Regardless of your position on that issue, you cannot dispute that the fast developments are having an impact on your cabling choice.

From 40 Gbps to 100 GBps in a short period of time, data center channel speeds have quickly increased. In larger enterprise and cloud-based data centers, these rates now routinely surpass 400 GBps.

As a result of switches being the workhorses of the data center due to more potent ASICs, network managers must determine the most efficient approach to break out and distribute increased data capacities from the switches to the servers.

The persistent effort on lowering power consumption is about the only item that hasn’t altered all that much (the horse has got to eat).

In this blog, we examine how copper and fiber usage in data centers is changing and what that can mean for larger enterprise and cloud-based facilities in the present.

What is the future for Copper in the Data Center Network?

With the exception of the in-cabinet switch-to-server connections in the equipment distribution regions, optical fiber is now employed throughout the DC network (EDAs). For the time being, copper thrives within a cabinet.

Copper, which is frequently thought of as affordable and dependable, is a viable choice for brief top-of-rack switch connections and for applications that require less than 50 GBps.

However, it could be time to move on.

The downfall of copper in data centers has long been predicted. Copper cables find it challenging to compete with ever decreasing fiber optic costs due to their decreasing usable distances and growing complexity.

However, the traditional medium has continued to exist. Twisted-pair copper in the data center, however, may ultimately come to an end due to changes in the industry and, more significantly, the requirement for higher throughput and design flexibility.

In a world where power budgets are extremely important, copper’s limited range and fast rising power needs are two of the biggest risks to its future.

The usefulness of even short-reach direct attached cables is impacted by these problems (DACs). The advantages of cheaper prices, less power use, and simpler operation make alternative fiber optic technologies appealing.

The distance problem with copper becomes an obvious problem as switch capacity increases.

The number of server racks that may be supported by a single 1U network switch has increased; copper is no longer able to cover these shorter distances at the higher speeds needed for modern applications.

As a result, data centers are installing more effective middle-of-row or end-of-row switch installations as well as structured cabling designs in place of conventional top-of-rack designs.

Twisted-pair copper (e.g., UTP/STP) deployments at rates beyond 10G have all but ceased due to design restrictions.

A copper link that supports electrical signaling receives power from both ends of the link. The maximum power consumption of current 10G copper transceivers is 3-5 watts[i]. This is roughly 0.5–1.0 W less than the transceivers used for DACs (see below), but it is almost ten times as powerful as multimode fiber transceivers.

When the increased heat produced is taken into account, copper operational costs might easily quadruple compared to fiber. The copper traces inside the switch are also subject to the same power differential that applies to the network connections. These energy losses mount up over time.

Even though there are still individuals in the data center who support copper, arguing for its ongoing usage is proving to be too challenging. In light of this, let’s consider some options.

Active and passive copper DACs have been used to connect servers to switches. Twisted pair is a particular type that is used in DAC cabling. Shielded copper cables with plug-in, transceiver-like connectors on either end makes up the technology.

While active DACs utilize internal electronics to enhance and condition the electrical signals, passive DACs use the host-supplied signals. This makes it possible for the cable to accommodate faster transmission rates over greater distances, but it also uses more power.

DACs, both active and passive, are thought to be affordable. The technology’s future is still seriously hampered by attenuation-over-distance restrictions because copper is a copper-based medium. DACs might not be the inexpensive option they first appear to be, given that new switches can replace multiple TOR switches (saving a lot of money and energy in the process).

With bandwidth performance reaching 400 Gbps, an active optical cable (AOC) is a step up from both active and passive DAC. AOC is also lighter and simpler to handle than copper when used as a fiber medium.

The technique does have some significant drawbacks, though.

Each time the DC ups the speed or switches switching platforms, AOC cables need to be ordered to the proper length and then changed. Each AOC (like DACs) is delivered as a whole assembly, therefore if any one component fails, the entire assembly needs to be changed. This is a disadvantage when compared to structured cabling and optical transceivers, which offer the most operational simplicity and flexibility.

The fact that DAC and AOC cabling are point-to-point solutions may be more significant. They are not part of the structured cabling network, which makes scaling, managing them, and improving operational effectiveness more challenging.

Pluggable optical transceivers, however, keep getting better to take use of the expanded capabilities of switch technologies.

In order to do this, the IEEE developed the P802.3.cm standard and is now developing P802.3.db, which aims to specify transceivers designed for connecting servers to switches.

Optics that are co-packaged

Co-packaged optics (CPOs), which are still in their infancy, bring the electrical-to-optical conversion engine closer to the ASIC and do away with the copper trace in the switch.

The goal is to reduce power consumption and increase bandwidth by getting rid of the electrical losses brought on by the switch’s short copper cables.

The technology’s proponents contend that it is the most effective option to upgrade to a new platform with faster speeds while still keeping a reasonable power budget. To attain the all-optical, ASIC-to-ASIC efficiency DC networks require, they are working to remove the final few inches of copper from the network link.

It’s a challenging goal that calls for industry-wide cooperation and new standards to guarantee compatibility.

The Direction This Technology is Going in

If the industry is to have any chance of meeting customer expectations about bandwidth, latency, AI, IoT, virtualization, and other factors, it must continue its march toward 800G and 1.6T.

Data centers must also be able to split up and distribute traffic from higher-capacity switches in a way that makes sense from an operational and financial standpoint.

This proposes new cabling and connectivity options, like all-fiber structured cabling, that can support a variety of fiber-to-the-server applications.

According to the IEEE Ethernet roadmap, 16-fiber infrastructures are currently capable of offering a clear path to those faster speeds while effectively utilizing the available bandwidth. We can also partition the capacity using structured cabling in the 16-fiber configuration, allowing a single switch to host 192 servers.

The improvements are substantial in terms of delay and cost reductions. This is why it is clear to see that Copper, although cost-effective and reliable, has lost its usefulness when it comes to the innovation and improvements offered with Fiber Optic Cables. 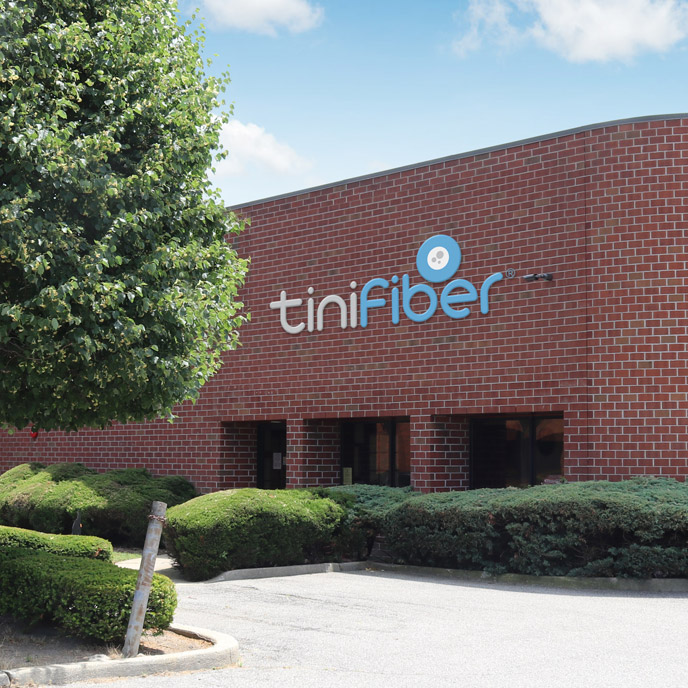 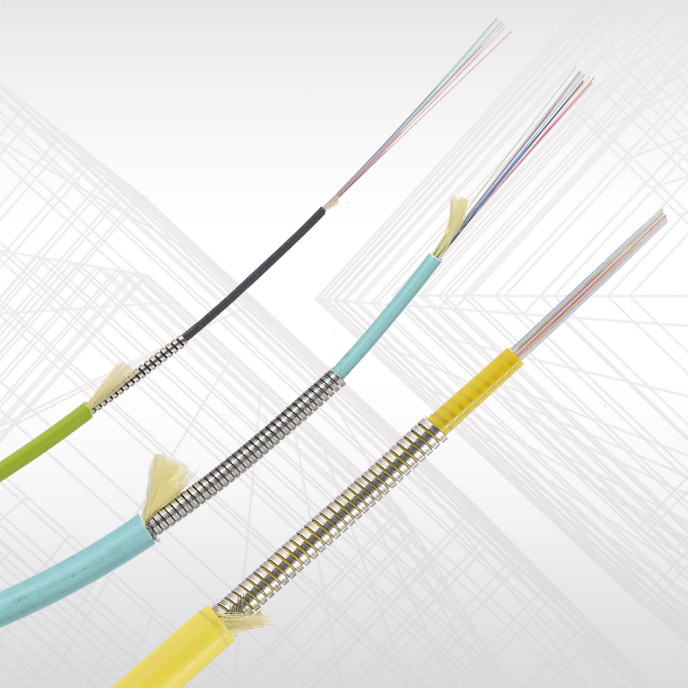 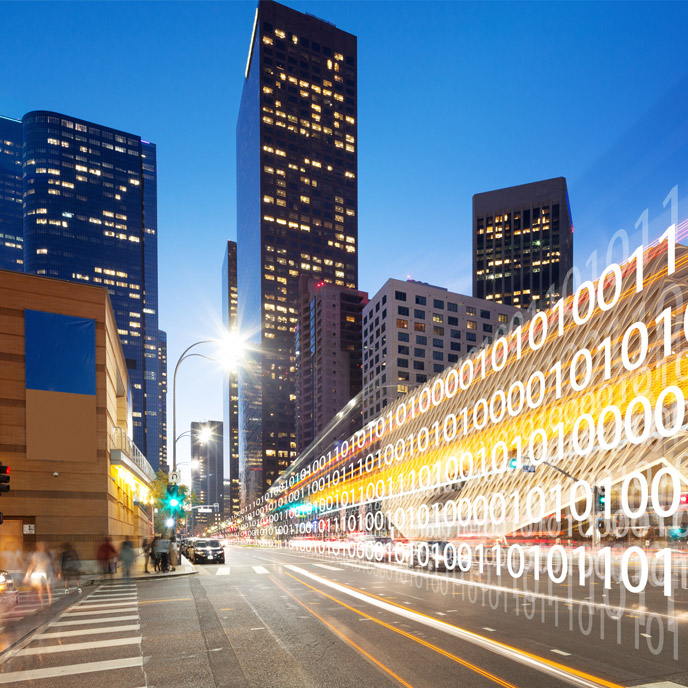